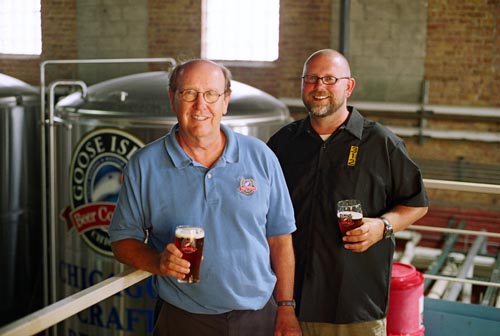 When Goose Island opened in 1988, the craft beer industry was still in its infancy. The key to building interest, the father-and-son team decided, was to allow consumers to watch the brewing process, and let them enjoy a variety of distinctive beers produced on site. Today, 14 beers are brewed and bottled in Chicago, including organic ale. Leaders in the industry, the Halls see the Goose Island brand as their way to help promote a more sustainable lifestyle.

“We pride ourselves on being innovators and leaders in the craft of brewing. We create beers that define styles, win awards, and capture the hearts, minds and palates of beer drinkers.”